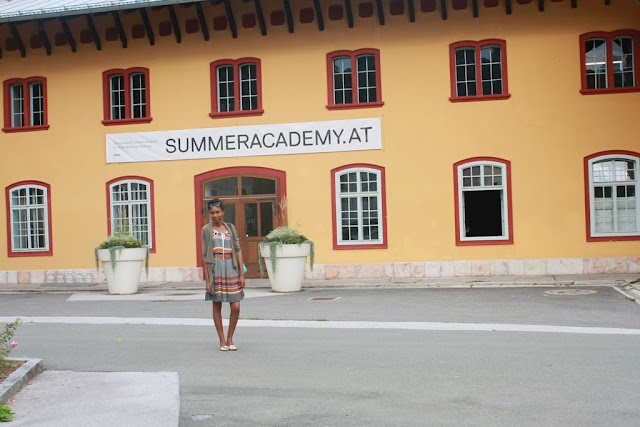 
My programme at the summer academy was great and indeed proved to be an enriching 3 weeks experience. I applied for Christoph Draeger's class themed SIMSALABOOM! BEFORE YOU LEARN TO FLY, LEARN HOW TO FALL which took place from 12.08.2013 – 31.08.2013.
It was a very free class and experimentation was encouraged and I was more than happy to put myself into it. I was particularly happier about the mix of people we had in our class unlike other groups, I felt ours seemed more versatile and so did the final projects. And I learned a great deal from my colleagues in the class they were wonderful (and sometimes weird, aren't we all).

Since I started working professionally in 2010 I have been experimenting materials and gradually I'm trying to embrace newspaper as a primary material but not leaving other objects and materials out completely. I actually thought about doing a newspaper sculpture larger than lifesize but like most art works I make, it never grew to that point, the forms and texture of the foams overwhelmed my thinking so i gave in.
I have been weaving lots of paper recently and just before I left for Austria, the idea of using the "image" came to me, because of my supposed problem of not getting enough newspaper woven for my work as weaving myself takes a lot of time. (I have tried to get help with it, but nobody seems to able to do it as i want) so I photographed the weaves and even some film cartridges, printed them and I ventured out to Austria hoping that I would make out time to try out this idea of using the image rather than the weave itself. It is an interesting topic, this concept of juxtaposing reality with imagination but an imagination that is built from what is real which brings one back to what is or should be real and what isn't? does that make sense?? Ok I think I should talk about this in a fresh post as I wanted this post to be about my residency so back to the academy... so here are two works from the several I made and am already in the process of building on them since I got back. My new series is called ... drums rollll..."mixed race" series. Title is not all high tech-ish and sophisticated I know but I like it and it expresses in plain words what the project is about already. 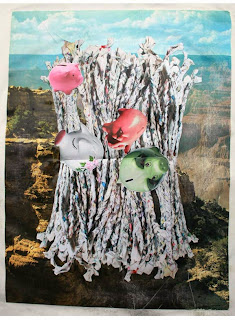 untitled mixed race sereies
we had all these old books given to us at our disposal for use as we pleased since it was a collage class so the canyon image behind is from one of those books. 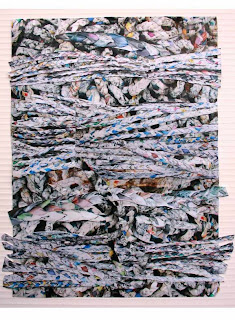 untitled mixed race series
these were from the images i printed from Lagos, pictures of my newspaper weaves

Aside my Lagos project creating collages with images, with the same experimentation mode, I began deliberating materials by trying them out with much thought to my final project, and finally I decided Styrofoam would be the way to go. I didn't give much thought to the concept at the beginning but after daily exposure to the work, as the objects in question grew into forms, it told me a tale not too far from reality of man's addiction to the material world and how we have become like robots led by technology, a machine who has gained control of the living race. Its funny how free we think we are especially in this time of the internet and free information but yet can't do without our devices ( raise you hand if you can do without your phone or any other electronic device for one day, uhmmmm). 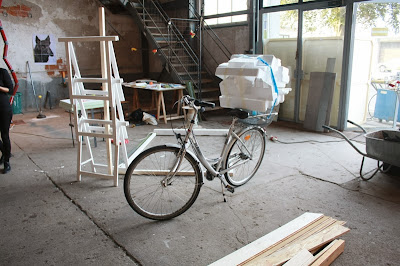 Loved riding down to the junk yard to collect the foams

Overall the whole program for me was focused less on critical thinking but more at trying new materials and new ways to work, since I have unconsciously worked on the path of identity over the past few years, I was interested in finding new ways to express my thoughts and ideas through the "object". Hence a new project has begun and I can't wait to share it, but one thing is for sure it contains lots of weaves.
My trip was based on a collaboration between CCA,lagos and the Summer Academy so a big thank you to these two very important art institutions.
Pics from my final project. 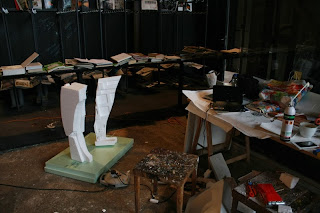 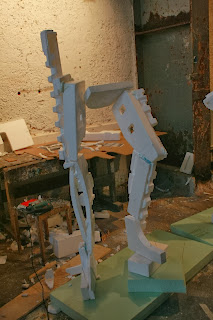 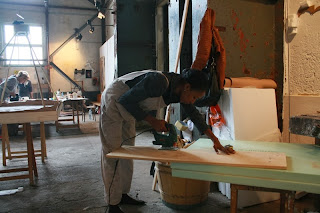 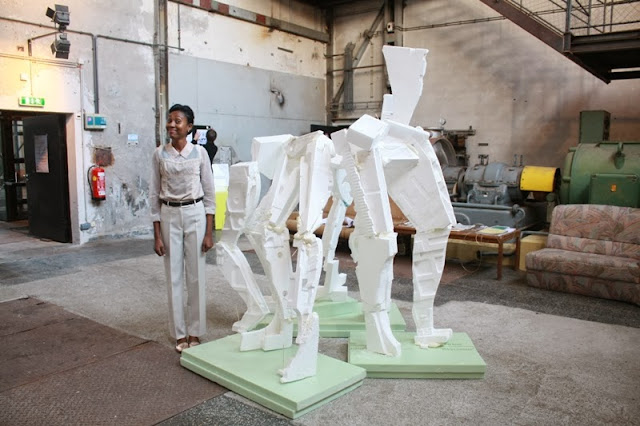 On the open day with my work 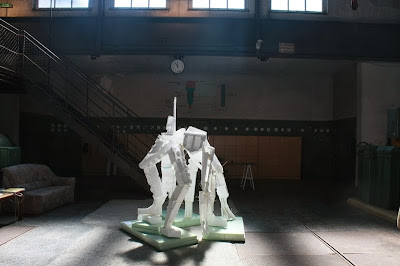 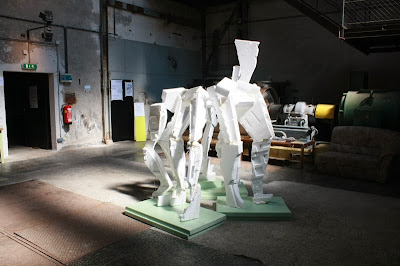 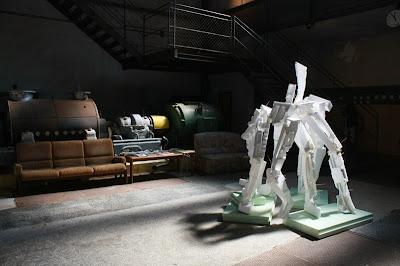 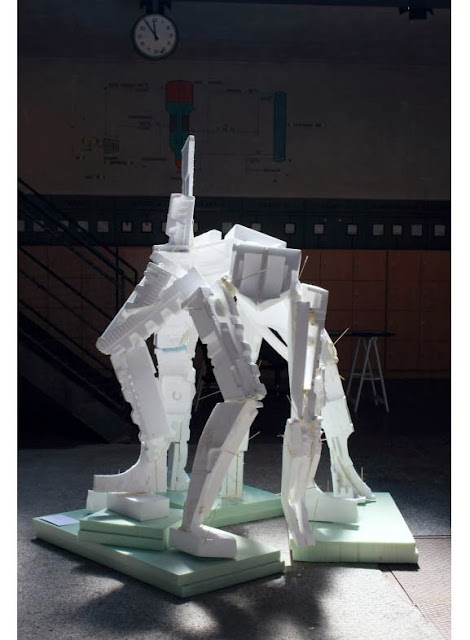 At different times of the day, the light from the window above played with the work so it was great seeing the work in different ways but on the same day and position.

I also visited some interesting spots in Salzburg and Linz but I will do a separate post on that, I think this is long enough for one read. Thanks for reading.