This is my latest drawing from the Feminists musings series as seen from my last blog post, it isn't finished though. 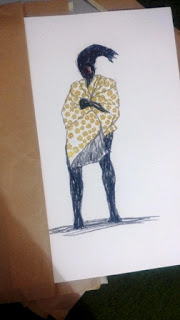 However I do have new work in progress. A hybrid bust of a sort. Since the "change of name" series began in 2010 where it was sparked by the "change of name" pages in newspapers,  where (mostly women) publicly announced their marital status.
"I formerly known as... Now wish to be addressed as... All former documents remain valid...  Take note."

My interest in "transitions" have grown even more, I find this subject quite interesting and enchanting at the same time. How does a person become several people at different circumstances? Its man's ability to adapt to change I guess be it conscious or unconscious. Or it could be through traditional beliefs like reincarnation which I explored in the "Hairvolution" series. With this sculpture series I'm taking a cue from Instagram selfies... pouted lips and tongue out. And there's the face without emotions, eyes closed and un-bothered. I will make another post to articulate my thoughts better, for now here are some photos from the studio 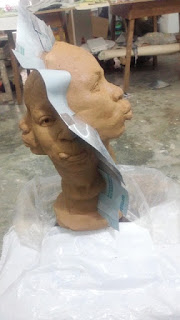 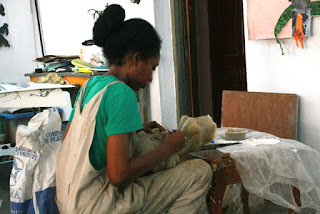 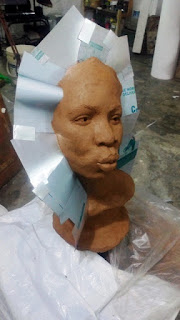 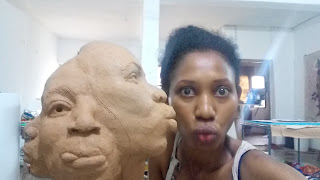 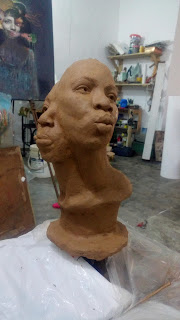 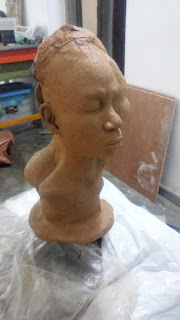 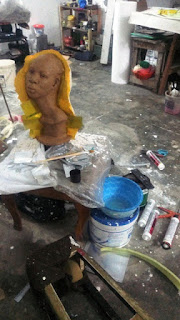 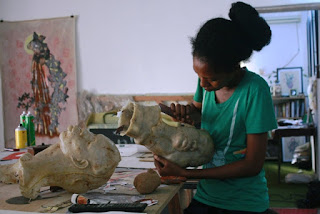 Blogspot isn't great for posting pictures hence the chaos going on right now but thanks for stopping by.